A few months ago, we reported on our delight to hear how the Nexus® City 64G was helping to boost recycling, sustainability, and engagement in York County. 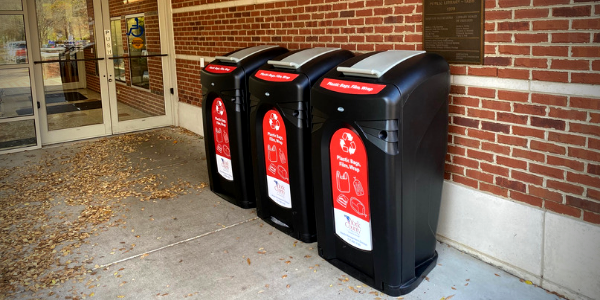 Since then, we're even more delighted to hear about the programs ongoing success, and incredibly proud of the assistance the Nexus® City 64G has been able to provide.

What's it all about?

The York County Beautification Committee is collecting plastic bags and film/wrap in order to participate in the “Recycling Challenge”, hosted by the Trex Company.

With the specific aim of encouraging public awareness and education on the true value, and potential, of recycling used plastic bags, films and wrap – the program has been a huge success!

It's great to hear that, due to the popularity of the program amongst York County neighbors, a third Nexus® City 64G Recycling Bin was recently ordered for placement at one of the county’s public libraries...creating a fantastic opportunity to boost recycling rates even further.

And what’s even more impressive...due to the sustained effort and participation from local residents, the county has recently been awarded their first, free seat from Trex! 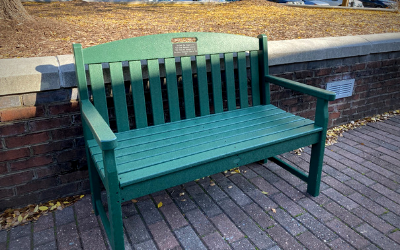 The Trex Company set a target for all participants taking part in the recycling program – to collect 500lbs of plastic bags, film and/or wrap within a 6 month period.

It was fantastic to hear that York County have achieved this goal, and taken proud ownership of their first, earth-friendly, Trex seat – which has been partly constructed from recycled plastic bags and film.

We would like to take this opportunity to congratulate the York County Beautification Committee, as well as York County residents, on all their hard work and awareness when it comes to recycling everyday plastic items, and wish them good luck on their journey to collecting the next 500lbs of recyclable plastic...and receive seat number two!

If you'd like any more information on our range on Nexus City 64G Recycling Bins, or any of our other products, why not: Email us inquiries@glasdon.com | Call us Toll Free on 1-855-874-5273 | LiveChat with us on our website?
Tweet  Share  Share
Tuesday, December 10, 2019

How to Reduce Cross-Contamination when Recycling
Wednesday, January 5, 2022
View All